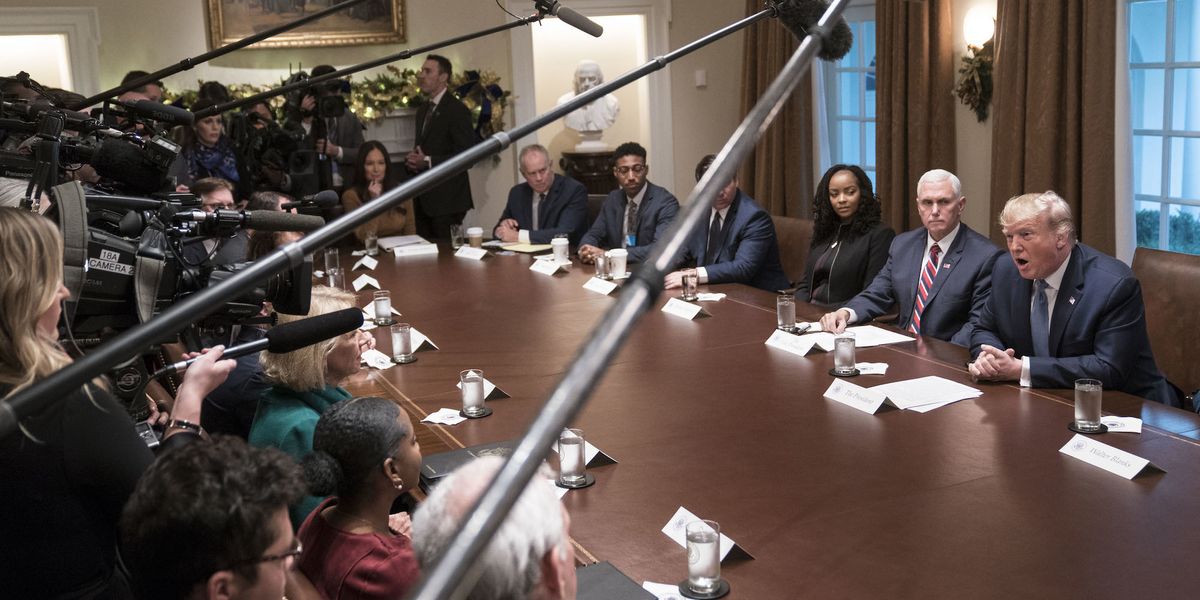 President Donald Trump responded to the findings of the Department of Justice Inspector General’s report into the origins of the investigation into Russian election interference.

“It is incredible, far worse than I would have ever thought possible…” President Trump stated.

“The IG report just came out and I was just briefed on it and it’s a disgrace, what’s happened with respect to the things that were done to our country, it should never again happen to another president,” he told reporters at the White House.

“It is incredible, far worse than I would have ever thought possible,”

The report found fault with some of the actions taken by FBI personnel in obtaining a FISA warrant in the investigation, but said also that they were not politically motivated.

“They have no nothing, it was concocted,” the president added, “and you say what you want, that was a, probably something that has never happened in the history of our country.”

Joe Biden…JUST PICK A SIDE! (Video)

TuskerDaily is your conservative political news, and video bringing you with the latest breaking news and videos for all MAGA loving Americans.